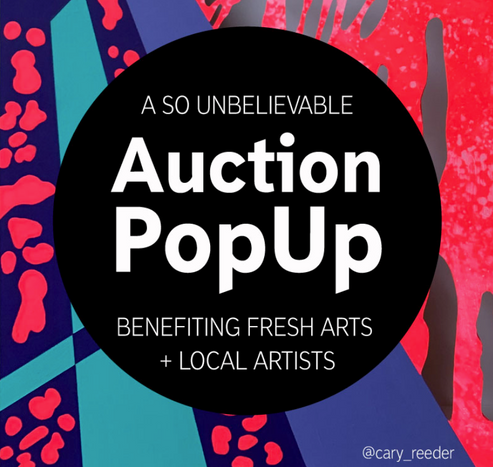 Fresh Arts is a local nonprofit organization that is dedicated to nurturing Houston’s vibrant arts scene by advancing the careers of local artists and creative entrepreneurs. Through sharing resources, skill-building events and developing artist-centered community programs, Fresh Arts is able to further its vision of shaping Houston into a place where artists can thrive.

In early January 2022, Fresh Arts approached the Like Minds team with two urgent needs that our team was able to swiftly and successfully handle.

At the beginning of 2022, COVID-19 cases were rapidly rising, forcing Fresh Arts to cancel its annual gala that was less than 10 days away. The gala cancellation was devastating as galas account for a crucial 15-20% of the nonprofit’s revenue. To combat this financial loss, Fresh Arts reimagined the gala’s art auction by creating A So Unbelievable Auction Pop Up. After battling through COVID-19 cancellations for nearly two years, the nonprofit was financially strained, which is why it was imperative that Houstonians rapidly learned about how to support it through the reimagined art auction.

While this change was happening, another major internal shift was simultaneously occurring within Fresh Arts: a new executive director. The outgoing Executive Director, Marci Dallas, was working with the nonprofit’s board of directors to ensure a seamless transition of power to the newly appointed Executive Director, Angela Carranza. A key part of the seamless transition plan was ensuring that the announcement happened after the art auction concluded and quickly communicating the change to Fresh Arts’ supporters and the community-at-large. 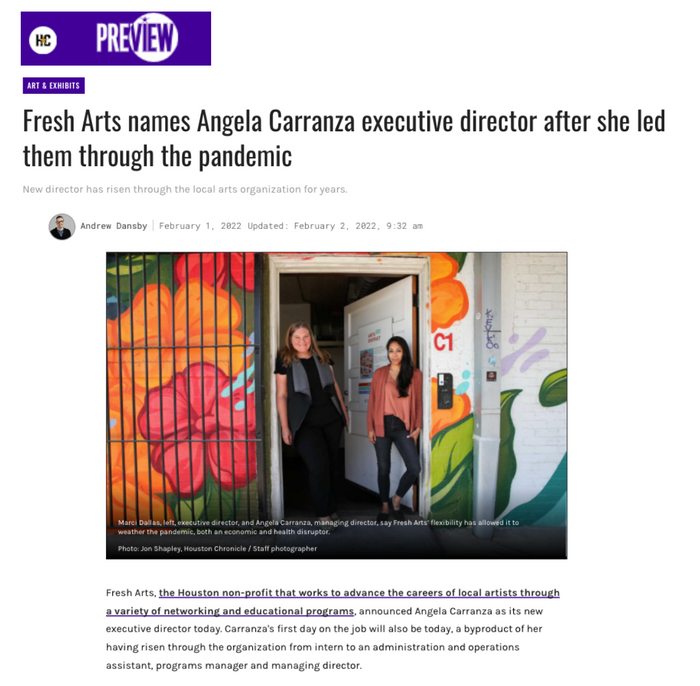 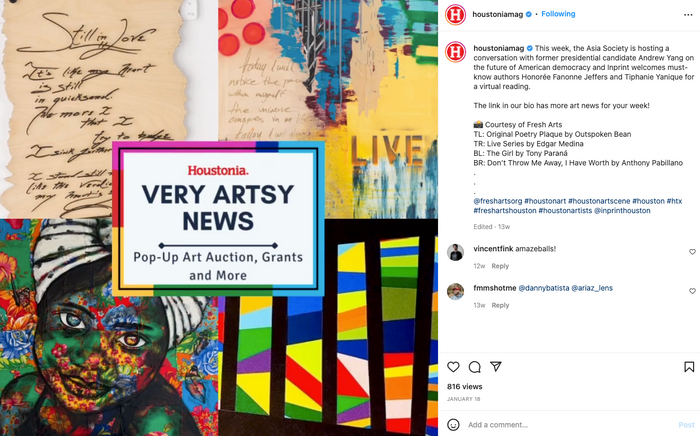 Ultimately, Like Minds successfully garnered a myriad of coverage for both Fresh Arts’ A So Unbelievable Pop Up and executive director announcement. The results include highly coveted placements in CultureMap, Houston Chronicle, PaperCity Magazine, Houston CityBook, Houstonia and more. Overall, 35 pieces of coverage were secured and positioned Fresh Arts in front of an estimated 2.1 million readers and 1.66 million social media followers.

The visually striking images of the artwork featured in the art auction proved to be a big splash with the media. For example, Houstonia used “Don’t Throw Me Away, I Have Worth” by Anthony Pabillano as the primary image for its weekly “Very Arts News” piece. Additionally, Houstonia featured four pieces of art from the auction in an Instagram collage that received high engagement from Houstonia’s social media followers.

Another major win was securing the exclusive executive director announcement with the Houston Chronicle as it has a large following of arts enthusiasts. This exclusive proved that Like Minds’ strong relationships with reporters can procure enviable results that any nonprofit’s key stakeholders would be proud to see.